There is a long standing feud between bankers and entrepreneurs. What, one may ask, is the point of contention? Money, of course! Banks have money and entrepreneurs would like some of it in the form of loans to fund their start-ups. However, many in the banking community  consider start-ups far too risky. As a result of tougher credit standards enacted during the recession, less small businesses than perhaps at any prior point are qualifying for loans–even if they have strong management teams, revenues, and a significant upside.

What if banks awakened to the possibility of viewing start-ups as a diversification in a portfolio of loans? What if entrepreneurial ventures became appetizing to banks exactly because they represent a potential upside that is greater than the average loan return and, therefore, worth a strategic role in an array of credit decisions? Joy of all joys! 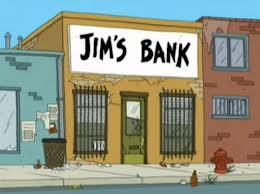 Recently, the Evening Standard profiled Ana Botin, head of Santander in the UK . The article featured Botin’s views on why her bank vowed to support small to medium sized businesses across the UK. It was

reported that Santander “didn’t want to play it safe and that they had in fact spotted a gap for high growth, risky companies who needed financial support without losing a chunk of equity.” Despite being a big player in the savings and mortgages arena, plus enjoying success in the retail sector with 14.6 million customers, the bank had made a bold move to more aggressively support SMEs.

Kelly Dolan, writing for Entrepreneur Country, reports witnessing Botin open an event organised by Santander Breakthrough in Oxford last year in which she shared her personal story of entrepreneurial beginnings in venture capital and consulting prior to embarking on her current banking career.  Dolan also noted the “passion Botin displayed when speaking on the founding story of Santander, once a small Spanish bank that prided itself in helping local businesses get off the ground. Ana then spoke metaphorically on how she had witnessed how similar the banking industry was to an army, and that as CEO it was her mission to break down barriers and infiltrate the ranks so that bankers could finally begin to understand the importance of UK SMEs and why they were so crucial to British economy, which would of course reflect on the success of the bank. And for anyone that may have doubted her rhetoric on the day, you only had to spot Ana laughing and joking away with fellow keynote and Ella’s Kitchen Founder Paul Lindley during the interval to see that she felt right at home conversing with entrepreneurs. Ana’s presence and the Breakthrough event as a whole, which the bank runs for free across the UK to enable entrepreneurs to seek knowledge, network and share ideas, demonstrated to me that Ana had big plans for small business owners, along with a serious dose of empathy due to once being in their very position once before.”

Noting how rare Botin, her story, and Santander’s appreciation of the SME market are, Dolan questions whether more banks European banks should get into the “game.” I wonder the same thing about banks in the United States. It certainly seems that many of the larger banks seem disinterested in any deal that is truly entrepreneurial, disdaining the risk though the potential “hockey stick” growth is certainly desirable. Community banks seem slightly more supportive, and venture banks more so still. Let’s hope that many more will observe Santander having success and reconsider their own models!