Innovation and intrapreneurship rely on creativity. How do you know whether you or others in your organization are creative? We’re not talking only about artists when the term “creative” is used. By examining behavior and thoughts, it is possible to get a feel for what a broad audience my agree constitutes creative talent. Jeffrey Baumgartner, author of the book, The Way of the Innovation Master, believes that two behavio(u)rs are predictive of creativity:

Behaviour One: Make More Use of Their Mental Raw Material

It seems that when highly creative people are trying to solve a problem or achieve a goal, particularly when the goal is related to their area of creative strength, they use much more of their brains than do ordinary people or, indeed, even themselves when not focused on a creative task. If the average person is asked to draw a picture of a cat, she will most likely think about the physical appearance of a cat and replicate it as best she can with pen and paper. The creative artist, on the other hand, will think in much more depth. She’ll think not only about the cat, but the placement of the cat; what the cat is doing; the lighting; the kind of lines to use and much more. She may decide to humanize the cat and give it emotions. Perhaps she’ll decide to draw a sexy cat with a human body wearing an evening gown. Maybe she’ll simply draw a blur representing a cat in motion.

By using much more of her brain to achieve her goal, the highly creative person in effect provides herself with more raw material from which to construct ideas than the average person. The average person thinks only about drawings of cats and the basic characteristics of cats. This limits the level of creativity she can achieve. The highly creative person thinks about much more — all the while retaining some connection to cats. It is not surprising that, with so much raw material, she is able to be more creative in the realization of her ideas.

They Think Before They Act
It takes time to run through all that raw material in the brain. This is why creative people tend to think before they act. The play with the issue in their minds for a time, looking at a range of possibilities before choosing a direction. I see this when I work with creative people. When you give an average person a creative challenge, she tends immediately to try and come up with ideas. But because her mind is too focused on the issues of the challenge, her ideas are limited in scope as well.

Incidentally, the highly creative person does not focus on her left brain or right brain for a simple reason: it’s a myth (Christian Jarrett (June 2012) “Why the Left-Brain Right-Brain Myth Will Probably Never Die”; Psychology Today.) Creative people use a lot of their brains, not one hemisphere or the other!

Curiosity Is Creative Play
Rather than simply collect information, their brains play with it. One person might see a horse standing in a field and think it is a magnificent looking animal. Another, more curiously creative person, might wonder what the horse thinks about all day in the field. She might wonder how the horse can cope for long hours of inactivity without a book to read.

Spontaneous Ideas
For instance, it is by asking what use could be made of not very sticky glue that some people discovered Post-Its. Pablo Picasso wondered how he could depict three dimensional reality, as viewed from different perspectives, on a two dimensional canvas and came up with cubism. 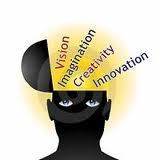 The dorsolateral prefrontal region of the brain is responsible for, among other things, intellectual regulation (Simon Ross (2008) “Dorsolateral prefrontal cortex”; Psychlopedia). It includes the brain’s censorship bureau; the bit of the brain that prevents us from saying or doing inappropriate things. It seems that in highly creative people, this part of the brain becomes much less active than normal during the period of creation. It is not that highly creative people are not afraid of ridicule or criticism (indeed, many artists are highly sensitive). Rather, it never occurs to them that others might ridicule their ideas.

Creative People Are Not as Rebellious as You Think
Instead, they follow their own rules or systems for evaluating ideas and deciding whether to move forward with those ideas. These rule systems are often logical, at least to the creative thinker. An artist, for example, will not make a name for herself by studiously copying current trends. Rather, she will become famous by being unique.

Creative People Are Logical
That logic may be based in part on emotions and feelings — especially in some artists. If anything, by not feeling compelled to fit the demands of popular culture, the creative artist needs to be even more logical than the average person who assumes that if everyone wears and buys a particular style jacket, then it is safe to buy and wear such a jacket.

We’ve all heard about the uptick in usage; this provides good data that supports the marketing efforts to engage clients/customers online! 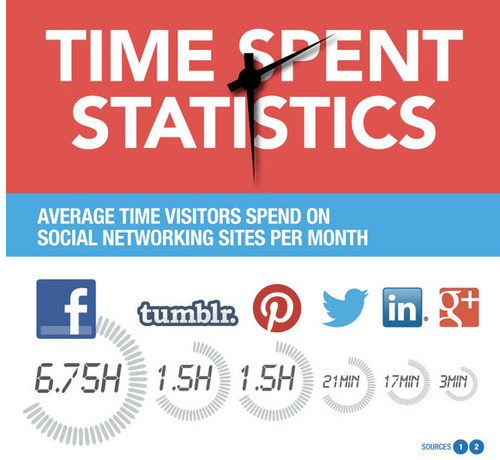 Social media has truly become a daily part of most people’s lives, with usage patterns changing dramatically over the past few years.

Our daughter just started at Campbell Law in Raleigh, NC. Even though the case reading load is tough, she loves it! She’s not worried about a job when she gets out because she’s had great internships before she started. Additionally, since my consulting firm advises law firms, we feel good about her chances of working for a boutique group when she gets out.

It depends on what one means by “retire.” Stepping back is possible for many if they and their advisors can empower capable lieutenants. It’s important to differentiate between “owner” and “manager” in the second generation of leadership, as the boomerpreneur may choose to keep the business as an asset to be included in estate planning.

One of the things entrepreneurs plan for is the time that they will eventually sell their company.  Currently many older business owners have found it difficult to reap the anticipated rewards of retirement. As the author of the Entrepreneur Exit Strategies for your Business pointed out, “it’s not enough to build a business worth a fortune; you have to make sure you have an exit strategy, a way to get the money back out.” If businesses were once very successful, the economy may have impacted their current worth.  Even with what may once have been considered a strong exit strategy, plans may have been affected by the economic downturn.

Boomers trying to sell their businesses are receiving offers that are not enough to finance their retirement.  In the Wall Street Journal article The Economy Stole My Retirement, it noted that one small business owner expected to sell for $2…

Business planning is a part of a multi-step commercialization strategy for a start-up. EntreDot places it within the Evaluation (4th) stage of a Six Steps to Success process. The precursors are Ideation, Conceptualization, and Creation. The follow-ups are Preparation and Commercialization. Our team agrees that planning is important, but only after hundreds of questions have been asked and sufficiently answered and not as an exercise unto itself (as some courses for entrepreneurs would postulate.) Add to planning mentoring and education and the entrepreneur has a much better chance to reach the five year mark!

One of the most vital (yet often dismissed) building blocks of a successful business is planning. The market is rife with examples of businesses failing from a lack of adequate planning and prelaunch preparation.

The planning process becomes even more paramount if you’re raising capital or taking on significant risk (such as bootstrapping a venture yourself or leaving a full-time job). Planning is vital, and here’s why:

1. To avoid mistakes: Planning helps ensure you’re going down the right path. Ask yourself these questions: Do you have enough capital? Do you have employees and partners with the right skills? What is a realistic time frame for when you will be able to sell your product or service and generate revenue? Addressing these issues in the early stages will save you precious time and money.

2. To make sure everyone’s heading in the same direction: You’re probably not building a company…