Businesses often can be managed by a strong leader who seems to be involved with every significant decision. In some cases, this type of one-man band is almost unavoidable (e.g. a company with less than five employees, four of whom are in support roles.) However, in organizations that have been fortunate to grow, add management teams, and have complex issues, the controlling leader can either be an icon or an albatross. When is it good–and when is it bad–that the proverbial “buck” stops on one person’s desk? 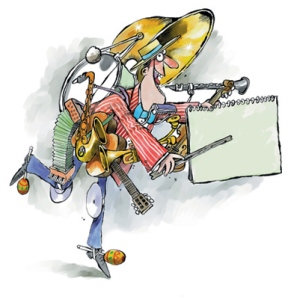 Chief executives who make decisions without the input of colleagues engage in one-man rule. This practice is a two-edged sword. While few will argue that group management can slow progress and that one can move more nimbly than many, there is always the latent risk that decisions that are made lack depth, insight, and the benefit of buy-in. The biggest travesty of the urge to “go it alone” is that it undermines management succession by depriving others from the opportunity to make meaningful choice on behalf of the enterprise.

Management depth is always in the list of prime characteristics of best managed companies. Management change then, by default, becomes a disorderly process, at times exacerbated by recession or prosperity. The entire organization is often thrown into chaotic operation and often requires a turnaround thereafter.

Instead of putting one’s peers–and, perhaps, one’s own retirement via earnout/sale–at risk, better to avoid one-man rule and seek to engage others. This concept holds true in may of the sexy technology start-up models as well, wherein the “one-man” is equivalent to the group of initial founders who can function as to inhibit the contribution of successive hires. Often, these top executives are extremely bright and have a very high IQ, but lack the EQ (emotional quotient = emotional intelligence) to build out the model and achieve the important milestones due to an unwillingness to invite the input of others.

One thought on “One-man rule vs. One-man band”