If an organization’s people structure becomes too predictable and inflexible, it can enter into a season of decline. Regardless the legacy of success prior to the institutionalization of processes and preferences, its people can become inoculated to competitive shifts and a corporate “senility” may become omnipresent. Woe be the organization that thinks it can continue to enjoy today’s results tomorrow by only replicating what currently works! 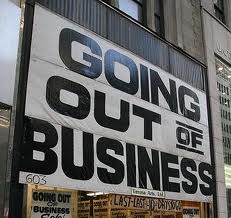 John W. Gardner, former chairman of Common Cause, likens the aging of a business model to the decline of the Westward frontier expansion. Vitality and enthusiasm give way to tradition and the dream dies with it. Once a management approach becomes entrenched, then, it is susceptible to challenges from every direction. If adjustments are not made, the “weak” are conquered by the “strong” (at innovation.)

The Boston Consulting Group used to do an annual survey to assess the total shareholder return of innovative companies versus their peer groups. Not only was it continually affirmed that innovative companies created greater returns, but the corollary finding was that reinvention of the business model yielded demonstrably higher results than simply changing products or services offerings. Prosperity proved evasive, then, for those management teams who had “inbred” in their perpetuation of what was familiar.

I remember hearing of a speaker at a turnaround conference who said that the antidote to such mismanagement lies largely in moving people around to different jobs on a regular basis. He argued that a type or rottenness took root when people held onto jobs (positions) for too long. He felt that giving people new challenges, rewarding the hungry “chomping at the bit” with opportunity to test themselves, was a way to keep the organization invigorated. By creating an atmosphere where people have the chance to perform, the whole company usually performs much better!