1. The US Air Force used the EQ-I to select recruiters (the Air Force’s front-line HR
personnel) and found that the most successful recruiters scored significantly higher in
the emotional intelligence competencies of Assertiveness, Empathy, Happiness, and
Emotional Self Awareness. The Air Force also found that by using emotional
intelligence to select recruiters, they increased their ability to predict successful
recruiters by nearly three-fold. The immediate gain was a saving of $3 million
annually. These gains resulted in the Government Accounting Office submitting a
report to Congress, which led to a request that the Secretary of Defense order all
branches of the armed forces to adopt this procedure in recruitment and selection.
(The GAO report is titled, “Military Recruiting: The Department of Defense Could
Improve Its Recruiter Selection and Incentive Systems,” and it was submitted to
Congress January 30, 1998. Richard Handley and Reuven Bar-On provided this
information.)
2. Experienced partners in a multinational consulting firm were assessed on the EI
competencies plus three others. Partners who scored above the median on 9 or more
of the 20 competencies delivered $1.2 million more profit from their accounts than
did other partners – a 139 percent incremental gain (Boyatzis, 1999).
3. An analysis of more than 300 top-level executives from fifteen global companies
showed that six emotional competencies distinguished stars from the average:
Influence, Team Leadership, Organizational Awareness, self-confidence,
Achievement Drive, and Leadership (Spencer, L. M., Jr., 1997).
4. In jobs of medium complexity (sales clerks, mechanics), a top performer is 12 times
more productive than those at the bottom and 85 percent more productive than an
average performer. In the most complex jobs (insurance salespeople, account
managers), a top performer is 127 percent more productive than an average performer
(Hunter, Schmidt, & Judiesch, 1990). Competency research in over 200 companies
and organizations worldwide suggests that about one-third of this difference is due to
technical skill and cognitive ability while two-thirds is due to emotional competence
(Goleman, 1998). (In top leadership positions, over four-fifths of the difference is
due to emotional competence.)
5. At L’Oreal, sales agents selected on the basis of certain emotional competencies
significantly outsold salespeople selected using the company’s old selection
procedure. On an annual basis, salespeople selected on the basis of emotional
competence sold $91,370 more than other salespeople did, for a net revenue increase
of $2,558,360. Salespeople selected on the basis of emotional competence also had
63% less turnover during the first year than those selected in the typical way (Spencer
& Spencer, 1993; Spencer, McClelland, & Kelner, 1997).
6. In a national insurance company, insurance sales agents who were weak in emotional
competencies such as self-confidence, initiative, and empathy sold policies with an
average premium of $54,000. Those who were very strong in at least 5 of 8 key
emotional competencies sold policies worth $114,000 (Hay/McBer Research and
Innovation Group, 1997).
7. In a large beverage firm, using standard methods to hire division presidents, 50% left
within two years, mostly because of poor performance. When they started selecting
based on emotional competencies such as initiative, self-confidence, and leadership,
only 6% left in two years. Furthermore, the executives selected based on emotional
competence were far more likely to perform in the top third based on salary bonuses
for performance of the divisions they led: 87% were in the top third. In addition,
division leaders with these competencies outperformed their targets by 15 to 20
percent. Those who lacked them under-performed by almost 20% (McClelland,
1999).
8. Research by the Center for Creative Leadership has found that the primary causes of
derailment in executives involve deficits in emotional competence. The three primary
ones are difficulty in handling change, not being able to work well in a team, and
poor interpersonal relations.
9. After supervisors in a manufacturing plant received training in emotional
competencies such as how to listen better and help employees resolve problems on
their own, lost-time accidents were reduced by 50 percent, formal grievances were
reduced from an average of 15 per year to 3 per year, and the plant exceeded
productivity goals by $250,000 (Pesuric & Byham, 1996). In another manufacturing
plant where supervisors received similar training, production increased 17 percent.
There was no such increase in production for a group of matched supervisors who
were not trained (Porras & Anderson, 1981). 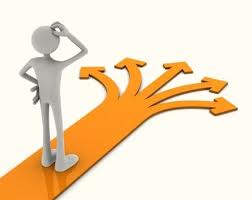 10. One of the foundations of emotional competence — accurate self-assessment — was
associated with superior performance among several hundred managers from 12
different organizations (Boyatzis, 1982).
11. Another emotional competence, the ability to handle stress, was linked to success as a
store manager in a retail chain. The most successful store managers were those best
able to handle stress. Success was based on net profits, sales per square foot, sales
per employee, and per dollar inventory investment (Lusch & Serpkeuci, 1990).
12. Optimism is another emotional competence that leads to increased productivity. New
salesmen at Met Life who scored high on a test of “learned optimism” sold 37 percent
more life insurance in their first two years than pessimists (Seligman, 1990).
13. A study of 130 executives found that how well people handled their own emotions
determined how much people around them preferred to deal with them (Walter V.
Clarke Associates, 1997).
14. For sales reps at a computer company, those hired based on their emotional
competence were 90% more likely to finish their training than those hired on other
criteria (Hay/McBer Research and Innovation Group, 1997).
15. At a national furniture retailer, sales people hired based on emotional competence had
half the dropout rate during their first year (Hay/McBer Research and Innovation
Group, 1997).
16. For 515 senior executives analyzed by the search firm Egon Zehnder International,
those who were primarily strong in emotional intelligence were more likely to
succeed than those who were strongest in either relevant previous experience or IQ.
In other words, emotional intelligence was a better predictor of success than either
relevant previous experience or high IQ. More specifically, the executive was high in
emotional intelligence in 74 percent of the successes and only in 24 percent of the
failures. The study included executives in Latin America, Germany, and Japan, and
the results were almost identical in all three cultures.
17. The following description of a “star” performer reveals how several emotional
competencies (noted in italics) were critical in his success: Michael Iem worked at
Tandem Computers. Shortly after joining the company as a junior staff analyst, he
became aware of the market trend away from mainframe computers to networks that
linked workstations and personal computers (Service Orientation). Iem realized that
unless Tandem responded to the trend, its products would become obsolete (Initiative
and Innovation). He had to convince Tandem’s managers that their old emphasis on
mainframes was no longer appropriate (Influence) and then develop a system using
new technology (Leadership, Change Catalyst). He spent four years showing off his
new system to customers and company sales personnel before the new network
applications were fully accepted (Self-confidence, Self-Control, Achievement Drive)
(from Richman, L. S., “How to get ahead in America,” Fortune, May 16, 1994, pp.
46-54).
18. Financial advisors at American Express whose managers completed the Emotional
Competence training program were compared to an equal number whose managers
had not. During the year following training, the advisors of trained managers grew
their businesses by 18.1% compared to 16.2% for those whose managers were
untrained.
19. The most successful debt collectors in a large collection agency had an average goal
attainment of 163 percent over a three-month period. They were compared with a
group of collectors who achieved an average of only 80 percent over the same time
period. The most successful collectors scored significantly higher in the emotional
intelligence competencies of self-actualization, independence, and optimism. (Selfactualization
refers to a well-developed, inner knowledge of one’s own goals and a
sense of pride in one’s work.) (Bachman et al., 2000).

What role does emotional intelligence (EQ) play in your organization’s management? How can it become more integral?