A telescope, binoculars, and a magnifying glass…all are a form of optics that each help the eyes of the viewer to zoom in on something hard to see. What is the key differentiation between each? How large is the object you want to see, and how far off? If, for instance, one wanted to look at a molecule, a microscope would be preferred to any of the three, even over the magnifying glass. However, if the intricacies of a solar system were of interest, a magnifying glass would be of no real use.

Whether your company is in start-up mode, or you are trying to re-energize it for growth, one must know what is sought after, how to view it through the right lens, study it, and develop a plan as to how to do it. Boldly, I would say that any company in existence needs to approach its goal setting and performance measurement using tools that are scaled to the need appropriately. Peter Cohan, in an article published for Inc. online yesterday, advances this argument persuasively. He argues that the mission, long-term goal (BHAG in the vernacular of Jim Collins in Good to Great), and short-term goals that feed the other two are matters of scope and perspective, but that all are necessary and important:

1. Mission:What is the enduring purpose of the venture?

To answer this, ask yourself what problem matters most to your venture and why you are willing to go years with little pay or sleep to solve it.

Charlie Javice is co-founder and CEO of PoverUp, a social network for university students to get involved in social enterprises. As Javice told me, “One of the reasons I started PoverUp was that in the summer of 2008, I volunteered in a border refugee village in Thailand. That’s where I realized that a little money (I bought 50 donuts for $1) could go a long way to helping poor people start businesses that would lift them out of poverty.” 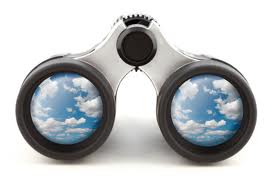 2. Long-term goal:What will this company look like in five years?

The answer to this question is of primary importance to a start-up’s investors who want a return on their capital– by getting acquired or going public.

Evernote CEO, Phil Libin, told me in earlier this year after raising $70 million to add to storage service provider that his goal was to build a 100-year-old public company.  As Libin said, “I think that Evernote as a publicly traded company could be worth $10 billion, $100 billion or more.” He guessed that the IPO would happen in 2013, when Evernote got big enough, but he wanted the IPO not to disrupt Evernote’s strategy or how the company works.

3. Short-term goal: What frugal experiments must we make to reach our long-term goal?

If the mission and the long-term goal are the 1% of the inspiration needed to build a successful venture, the short-term goals are the 99% perspiration. Create a series of real options. I mean that you should make small, inexpensive bets–a win means that the venture can go on to the next short-term goal; a loss means a chance to learn what went wrong and do it better the next time.

Learn from these innovative business owners and go create your own “optics” for success. Develop the ability to simultaneously think about what execution matters today, what you want the organization to become in the next few years, and how the world could be improved by your contribution over a lifetime. Manage based on these guiding objectives and you will increase your likelihood of success manifold!