Having served entrepreneurs for years, I tell my consulting clients that I have worked in almost every industry niche possible. Until my recent involvement with an incubator in Raleigh, North Carolina that is serving artisan entrepreneurs, however, I had not worked with many artistic types in a business setting. A group of Baylor University scholars wrote Small Business Management: An Entrepreneurial Emphasis a few years ago in an effort to define what small businesses need in terms of critical success factors. The authors borrowed some thoughts from a forerunner of management thought, Norman R. Smith. Smith held that there are 2 styles of the entrepreneur; the craftsman (artisan) entrepreneur and the opportunistic entrepreneur. He developed a 14 characteristic scoring system to classify entrepreneurs into one of the two categories, including qualities such ranging from breadth of education to employee relations.

Artisans were observed to possess a skill or talent that drives their initiative to open a business (vs. the tendency of an opportunistic entrepreneur to amass resources needed to respond to a market need.) Many grew up in an environment that values tasks and hard work, often as a result of exposure to the work world very early in life. With a preference for mastering the mechanics of machinery, they tend to become production-oriented early in their work lives. Many have become frustrated with management or unions and take the start-up route only after some critical event occurs.

Other key distinctions include a reluctance to delegate authority and a preference to develop customers by personal contacts only. Often, growth plans are hard to identify in the way they conduct business. This entrepreneur has a paternalistic attitude and tends to think of employees as part of the family. Accordingly, operations are focused inwardly with little engagement of the community around the artisan. With concerns about losing control over a “good” situation, artisan entrepreneurs have been known to resist involving others in key management decisions and shun interaction with outsiders. Traditional forms of financing and marketing are the rule here.

As I think about the artisans whom we serve at Kindred Boutique (the incubator in Raleigh), I see many of these factors at work. While many characterizations are stereotypical, there are enough patterns to validate the mindset of artisan entrepreneurs whom we encounter as being very similar to what is described. We work with the artisans to establish better cooperation–the boutique itself is intended to show the benefits of collective marketing and “product” testing. Often, an artisan entrepreneur has chosen this new career because of frustration with his prior one. Non-traditional forms of marketing and funding their ideas are not well received. 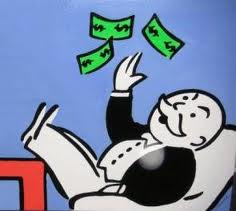 What is desirable is to help the artisan think more opportunistically. (This line of thought is not meant to denigrate artisans in favor of non-artisans, who often need to think more creatively and divergently.) Smith found  that opportunistic entrepreneurs come from a background of predominately middle- to upper-economic status; their fathers are typically skilled and professional workers and own small or family businesses. As a result of the household income, these entrepreneurs have been groomed for success through formal education and exposure to other cultures through travel and attending fine arts events. This type of entrepreneur is observed to have significantly more marketing, selling, general administration, and merchandising skills.

Having watched their fathers in the business world run organizations, this group understands and appreciates management practices like delegation, advanced segment marketing techniques, and the value of strategic planning. As a rule, this group enjoys competitive situations, and may be more likely to burn their bridges. There is no critical event that decides when they should go into business. instead of competing on price and personal reputation, the opportunist relies on product development and strategy.

Artisans can benefit from the experiences of opportunists and vice versa. Take a moment to think about which group represents your basic worldview. Modify the way you start and run your business to incorporate an approach that your counterpart from the other group may employ. You will be more successful in life and business as a result.