The age old battle of chicken and egg takes shape in companies around the world as debates rage on the importance of marketing versus sales. Late 20th century management leaders, including Peter Drucker, felt that selling would become unnecessary in favor of marketing. ideas such as “frictionless markets” advocated for a day wherein buyers would deal directly with vendors via the internet. Now, folks like Geoffrey James, who writes the Sales Source column for Inc. magazine online, question whether there is a future for marketing and feel that sales is king.

James argues that online definitions of marketing make it sound like a weak link in company management that seems to be high on shifting responsibility to other departments and avoiding accountability. Instead, he posits that

“Marketing consists of specific activities that make it measurably easier for selling to take place.” 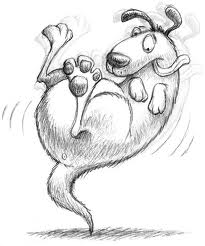 Then, because he’s a sales guy and sees marketing as a support function for marketing, James continues–

The advantages of such a no-nonsense definition are that:

Under this definition, the following activities (among others not listed) qualifies as “real” marketing:

James goes on to quote studies from research groups like CSO Insights that show that only 23 percent of 600 sales and marketing groups surveyed feel like the marketing team supplies fully qualified leads to the sales team. (As though the highest priority of marketing is to feed sales!) Also dismissed are marketing collateral pieces meant to assist sales efforts. James mentions CMO Council, American Marketing Association and Booz Allen Hamilton research indicates that sales staff are almost as likely to prepare their own collateral as to use what marketing has created. Channel development responsibility on the part of marketing is also questioned, citing an additional study be the CMO Council, claiming that vendor marketing campaigns are generally ineffective.

The problem, according to sales guru and bestselling author Neil Rackham, is that as companies grow, Marketing tends to get disconnected from the selling function. Most companies begin with a sales function but without a marketing function but as they expand, they add marketing as a sales support function. Over time, however, marketing groups lose focus and become “atmospheric” and increasingly irrelevant to actually generating revenue.

I like reading columns by James because he is a good sales guy. However, my marketing bias would argue that marketing is the large concentric circle inside of which sales is a smaller circle.  When he quotes Rackham, he does so to prooftext his point rather than question the assumption. I think companies should begin with a marketing function, because marketing is all about setting direction via identification of what markets and buyers to pursue. Furthermore, the marketing function is the one that tests assumptions, makes strategic recommendations, and determines what channels need to be pursued with what messages by the sales team. When Sales drives the bus, it’s like a tail wagging a dog!